Businesses are being reminded of their obligations when making an employee redundant, so they don’t end up in the Fair Work Commission defending a claim of unfair dismissal.

The warning comes after a number of recent successful unfair dismissal claims being made by workers who were made redundant.

“The problem is that many managers or HR departments don’t know the proper processes and steps to take in making an employee redundant, so they end up before the Fair Work Commission defending an unfair dismissal claim and ultimately paying compensation,” workplace lawyer George Calderon said. 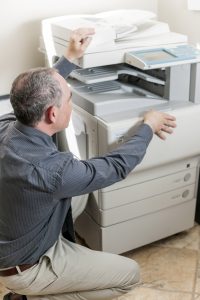 Kumar had worked for the company since 1996.

In his termination letter, Fuji Xerox said the company was unable to find an open position within the company that was equivalent to Kumar’s skills and seniority.

Fair Work Commissioner Bernie Riordan found that Fuji Xerox did not consult with Kumar or with the National Union of Workers (NUW) prior to the redundancy, hence not meeting the consultative requirements of the employment agreement.

“In accordance with clause 7.b of the [Fuji Xerox Technical Services Operator Employees Enterprise Agreement 2015- 2018], Fuji Xerox was obligated to consult with Sham Kumar in relation to his proposed redundancy. This did not occur, a fact now recognised by the Respondent,” Commissioner Riordan said.

Riordan also noted that Kumar was not consulted about the downsizing of the workforce and that the process of making him redundant was based on a subjective skills matrix.

He said the matrix was flawed in the context of comparing Kumar, and argued was a skilled technician to his colleagues.

“I find that Kumar’s termination was not a case of genuine redundancy due to Fuji Xerox’s failure to consult in accordance with the agreement.”

Kumar was awarded three weeks pay plus superannuation on top of the redundancy pay he received, which included 86.7 weeks’ pay plus an additional 5 weeks’ notice. 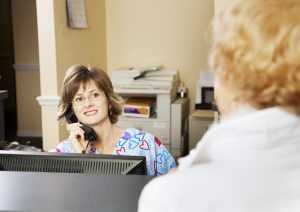 *Sally had worked for a medical centre in Queensland for 20 years, most of that time as Practice Manager.

In late 2017 the medical centre was sold to new owners, who told Sally that she was being demoted from Practice Manager to a receptionist.

In early January the following year, Sally was told she was no longer needed and was being made redundant.

But the positions of receptionist and Practice Manager were still needed by the medical centre, and were now being filled by other workers.

The business failed to consult with Sally about the impact and effects of the redundancy which it was required to do under the Health Professionals and Support Services Award.

Mr Calderon lodged an unfair dismissal claim in the Fair Work Commission, and during the mediation process was able to negotiate $12,000 compensation for Sally on top of her redundancy package.

“In both of these case studies, the business failed to consult with the worker about the redundancy – a compulsory step in the process that was clearly set out in the award and employment contract of the workers,” Mr Calderon said.

“It might seem like a technicality, but it is an important part of the process, and by failing to fulfill those obligations, both businesses left themselves wide open to a claim of unfair dismissal.”

“Getting it right the first time will save you time and money in the long run, and it will hopefully mean you won’t be spending any time in the Fair Work Commission,” he said.

RELATED STORY:  When a redundancy is really an unfair dismissal

If you are planning a redundancy or performance managing a difficult employee, we can help.

How to protect your business from unfair dismissal – Employer Advisors

Too many employers end up in the Fair Work Commission defending unfair dismissal claims, because…