Employers say that the Fair Work Commission favours workers in unfair dismissal claims, even if there is evidence of performance issues, and warnings are given.

The claim follow a recent decision by the Fair Work Commission which ordered a small marketing analytics firm to pay $70,000 compensation to a former employee who was unfairly dismissed, despite the company claiming that it issued numerous warnings about her performance.

Cathy Chen worked for TIOBE as a business analyst for five years, until she was sacked in February this year.

The company’s managing director Keira Czarnota told the Commission that Ms Chen’s employment was terminated because of a poor relationship with her current client, and because he could not find another account for her to manage.

Mr Czarnota also said he had issued numerous warnings to Ms Chen about her work performance in the six months since July 2017, and that she had ignored direct instructions to not work on Sundays.

In response, Ms Chen told the Commission that she did not remember any meetings that related solely to her performance, and denied that she had been under performing.

The Commission found there was no evidence to contradict her claims.

“There is no evidence that Ms Chen’s work performance was an ongoing concern either to TIOBE or the client she was working with,” Commissioner Michelle Bissett said.

While she noted that Mr Czarnota told of further informal meetings with Ms Chen to discuss her performance, Commissioner Bissett said these meetings “were not supported with any record or detail.”

“There is no evidence of any ongoing performance issues such that I could find that they provide a valid reason for Ms Chen’s dismissal,” she said. 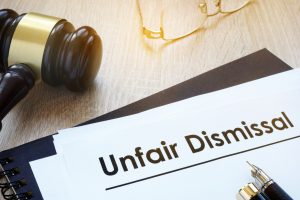 Industrial advocate Miles Heffernan from Employer Advisors said the case is a reminder for all employers to always document meetings with staff.

“Make a record of everything, especially meetings that involve performance issues or disciplinary action with employees,” he said.

“This firm lost their case in the Commission because they did not have records to back up their claims that the employee had been spoken to about her performance.”

The case prompted a number of employers to comment online on the My Business website, with one posting:

“Fair Work only looks after the employee.

“When consulting a lawyer regarding dismissing an employee, we were basically informed, even if [you] dot your I’s and cross your T’s, you still will probably have to pay out more if they put in an unfair dismissal claim.

“Yet you can train someone for years, put up with attitude and work issues and they can leave whenever they like. They probably even went to the interview on your time!”

“So when can a business claim loss of revenue against a worker due to the poor performance of the worker?

“This unfair dismissal law is extremely one-sided and is all in the favour of the worker… the whole system needs to be leveled up so that the business and the worker have to provide documentation and proof. It is no wonder businesses in this country struggle to make ends meet.”

“Unfortunately, there is no such thing as ‘Fair Work’.

“In my opinion, Fair Work should mean that for both parties on the same terms. Employers have lost control of their businesses in this country.

“The cost and legislation regarding employment has become ridiculous. Hence, more job losses to overseas.”

To read the full decision of the Chen case, please click here.

If you are having trouble with difficult staff or are not sure how to handle performance issues, we can help.

When a business gets redundancy wrong

Businesses are being reminded of their obligations when making an employee redundant, so they don't…

When can you sack an employee without warning? – Employer Advisors

Donald Trump made the catchphrase, "You're fired!" famous as host of 'The Apprentice' - but is…