Employer Advisors is warning bosses who engage in repeated wage theft that they could be charged with contempt and face jail time, thanks to a new legal tactic being employed by the courts.

It works like this – in addition to handing down heavy penalties, courts are now imposing injunctions on business operators who repeatedly underpay their staff, restraining them from doing it again in the future.

If they do, they will face contempt of court charges which carry severe penalties including jail time.

Miles Heffernan, Director of Litigation at Employment Advisors, said the new legal move was requested by the Fair Work Ombudsman which was sick and tired of dealing with repeat offenders who flaunted workplace laws with impunity.

“It was clear that fines and penalties weren’t working, so the Ombudsman went to the court and said, hey how about trying a different approach and making this a criminal offence,” he said.

“So while monetary penalties have traditionally dealt with contraventions that occurred in the past, the threat of contempt of court is all about dealing with future offences, and hopefully preventing them from happening.”

In one case, the Fair Work Ombudsman has asked the court to impose such an injunction on disgraced former burger bar operator Todd Buzza, after he was caught for a second time in a year underpaying workers at his Burger Buzz outlets.

The Ombudsman alleges that he underpaid five employees a total of $7,513 over eight months, by not paying the correct minimum wage, or full penalty rates, and not giving proper breaks.

Previously, the workplace watchdog prosecuted Mr Buzza after he underpaid another seven workers, owing them a total of $7,113. 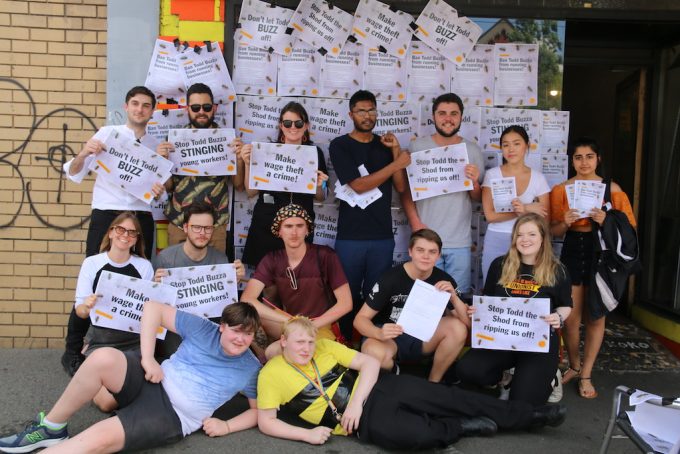 In another case, Melbourne-based childcare operator Vivien Mahomet has had an injunction ordered against her, restraining her from underpaying her workers again, after she was twice caught ripping them off.

She underpaid two workers a total of $14,341, even though she was receiving Commonwealth wage subsidies for employing them.

Previously she had been caught underpaying another five workers a total of $16,000.

Mr Heffernan said these operators are facing jail time if they dare do it again.

“Contempt of court is a very serious charge, and the courts don’t take it lightly,” he said.

“Employers need to be well aware that even if they think they can afford the hefty penalties for underpaying workers, they should think seriously if they want to spend time behind bars as well.

“Expect to see even more employers face these sorts of injunctions, because the days of getting away with underpaying your workers are coming to an end.

“If you can’t afford to pay your employees their correct wages and entitlements, then you shouldn’t be in business,” Mr Heffernan said.

If you are unsure of your workplace obligations to your staff, or are having trouble paying the correct wages and entitlements, expert advice is available by contacting us here at Employer Advisors on 1300 853 837.

To keep up to date with the latest news and information, please follow our main Industrial Relations Claims page on Facebook.