A Queensland-based heavy machinery business has been forced to pay $20,000 to a young marketing co-ordinator after it sacked her for complaining to the boss about being sexually harassed.

Employer Advisors said it was a classic case of how not to deal with a serious complaint from a member of staff.

It’s warned businesses that they risk having to defend expensive general protections claims, and unfair dismissal claims if they sack an employee for making a legitimate complaint about their working conditions, especially if that complaint involves sexual harassment or sex discrimination.

“In this situation, she raised the complaint, and they thought rather than dealing with it, we’ll just get rid of her,” said Christiaan Van Oeveren from Employer Advisors.

“When an employee is punished for raising a legitimate complaint, that is called victimisation, and it’s unlawful, and in this case, it’s the last thing the manager should have done after the young woman had come to see him.

“All companies should know that they can be held vicariously liable for the unlawful actions of their employees, including incidents of discrimination and sexual harassment, which means in the end, the business pays the compensation and the penalties.”

Employer Advisors said in this case, the senior manager should have immediately launched an investigation to establish if the employee’s allegations were true, and then taken action against those responsible, instead he told the young woman, “I think it’s best for you to find another job.”

“They refused to accept that they were the problem, they decided that she was the problem, and they immediately removed her,” Mr Van Oeveren said.

As a result of being sacked, the worker had a strong claim for sexual harassment, sex discrimination, and also victimisation.

“Before being fired, she was subjected to discrimination in the workplace because she was a woman, and she also had to put up with some appalling sexual harassment from three different managers,” Mr Van Oeveren said.

One of the managers would repeatedly make suggestions that they should have sex, including offering to share motel rooms when they travelled on the road together.

That manager would also make comments of a sexual nature to the woman in the office, and would rub his lower body against her back when she sat at her desk. 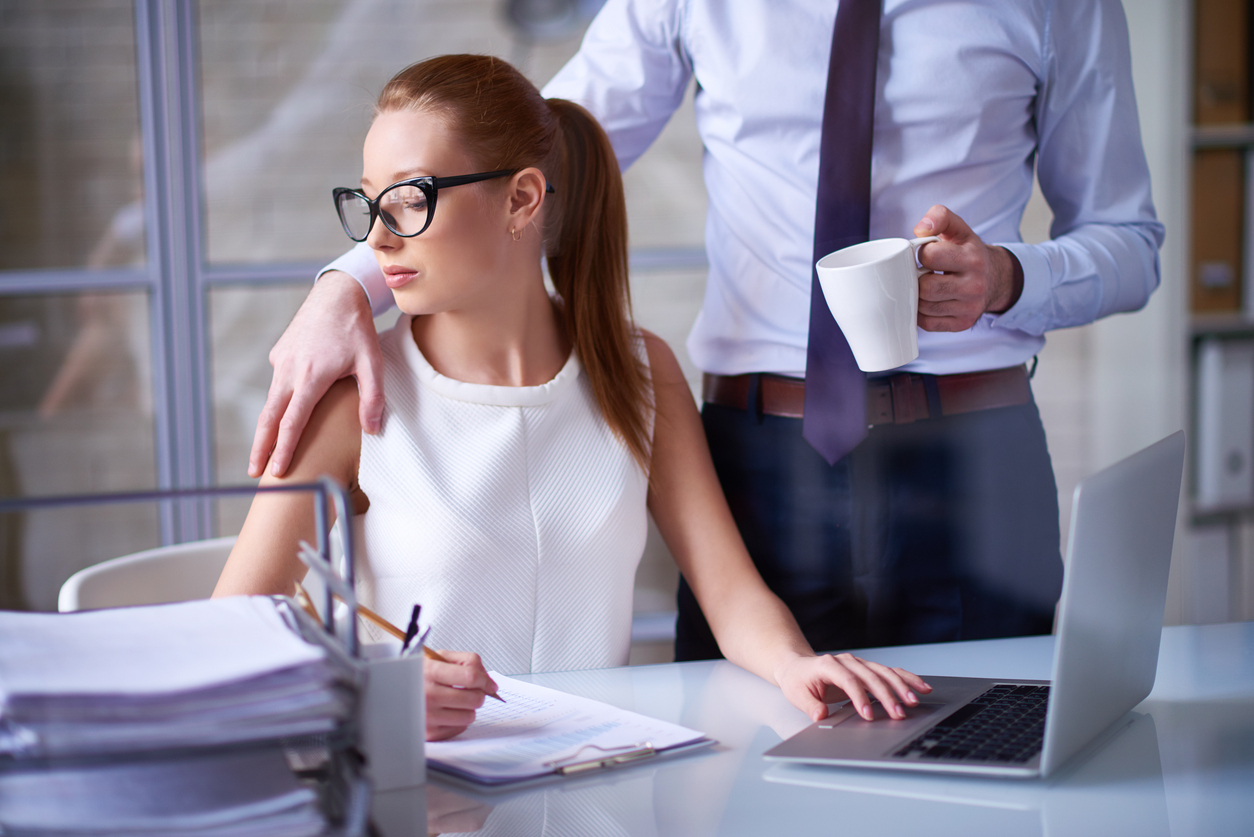 The employee was unlawfully sacked for making a complaint about sexual harassment.

Another manager squeezed her upper thigh and would ask her intrusive questions about her sex life with her boyfriend, while a third manager once bear-hugged her, and would stroke her hair and tell her how she should style it.

“Maybe in the past with this type of behaviour, you were just supposed to shrug it off and just move on, but in today’s modern workplace, this is not appropriate or acceptable,” Mr Van Oeveren said.

Discrimination Claims took the case to the Anti-Discrimination Commission of Queensland, which was then referred to the Queensland Industrial Relations Commission, but before it got to a hearing, Mr Van Oeveren was able to convince the heavy machinery equipment business to pay the worker $20,000 compensation.

Mr Van Oeveren said the case is a lesson for all employers to be aware of current legislation surrounding discrimination and sexual harassment, and is a reminder that implementing formal training for staff, and having clear policies around that sort of behaviour could save you big bucks in the long run.

“This is probably a clear example of where people need to be aware of the impact that their behaviour can have on other people, he said.

“It is disgusting and disgraceful, and it’s a disappointing reflection on too many modern workplaces that this sort of conduct still goes on.

“Businesses need to know, whether they like it or not, that society has developed, and this sort of behaviour is no longer acceptable.”

If your business is having issues surrounding discrimination or sexual harassment, or you are not sure how to handle a current problem, please call our team at Employer Advisors today on 1300 853 837 for expert advice about your options.

To keep up to date on the latest news and information about workplace issues, please join our main Industrial Relations Claims page on Facebook.

Everything you need to know about employing casual workers