One of many mistakes made by the owners of the besieged Barry Cafe in Melbourne is that they thought they could offer free meals and coffee in place of penalty rates and overtime, according to Employer Advisors.

Barry Cafe in the suburb of Northcote has been subjected to a week of protests and negative publicity over underpaying their workers, which involved not paying correct wage rates, not allowing correct break times, and also offering free lunches and coffee in place of penalty rates.

Anne Petroulias who co-owns Barry Cafe with her brother Steve claimed that they were told they could trade weekend penalty rates for free meals for staff.

In fact, workers were asked to sign a bizarre employment contract stating that they agreed to the arrangement. 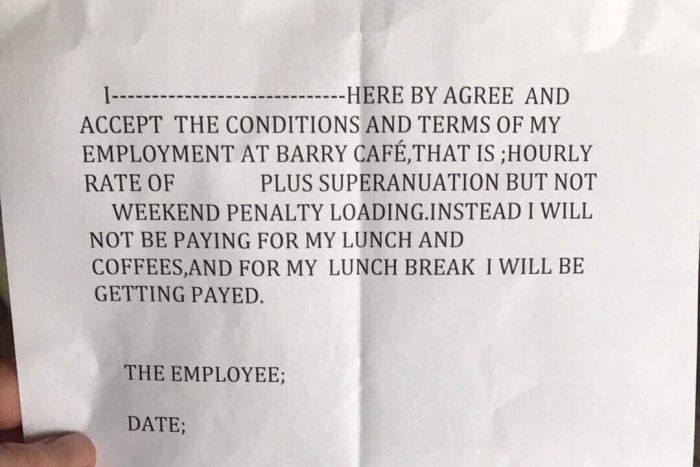 Miles Heffernan, Director of Litigation at Employer Advisors, described the so-called contract as “a joke” – and said businesses had no hope of enforcing them in any court or commission.

“What this cafe was asking their workers to do was sign away their rights with a contract that was clearly in contravention of workplace laws,” he said.

“We had no idea about wage rates or anything.  My brother looked on Google, and got the wage rates.  I know we did wrong and we want to rectify anything,” Ms Petroulias claimed. 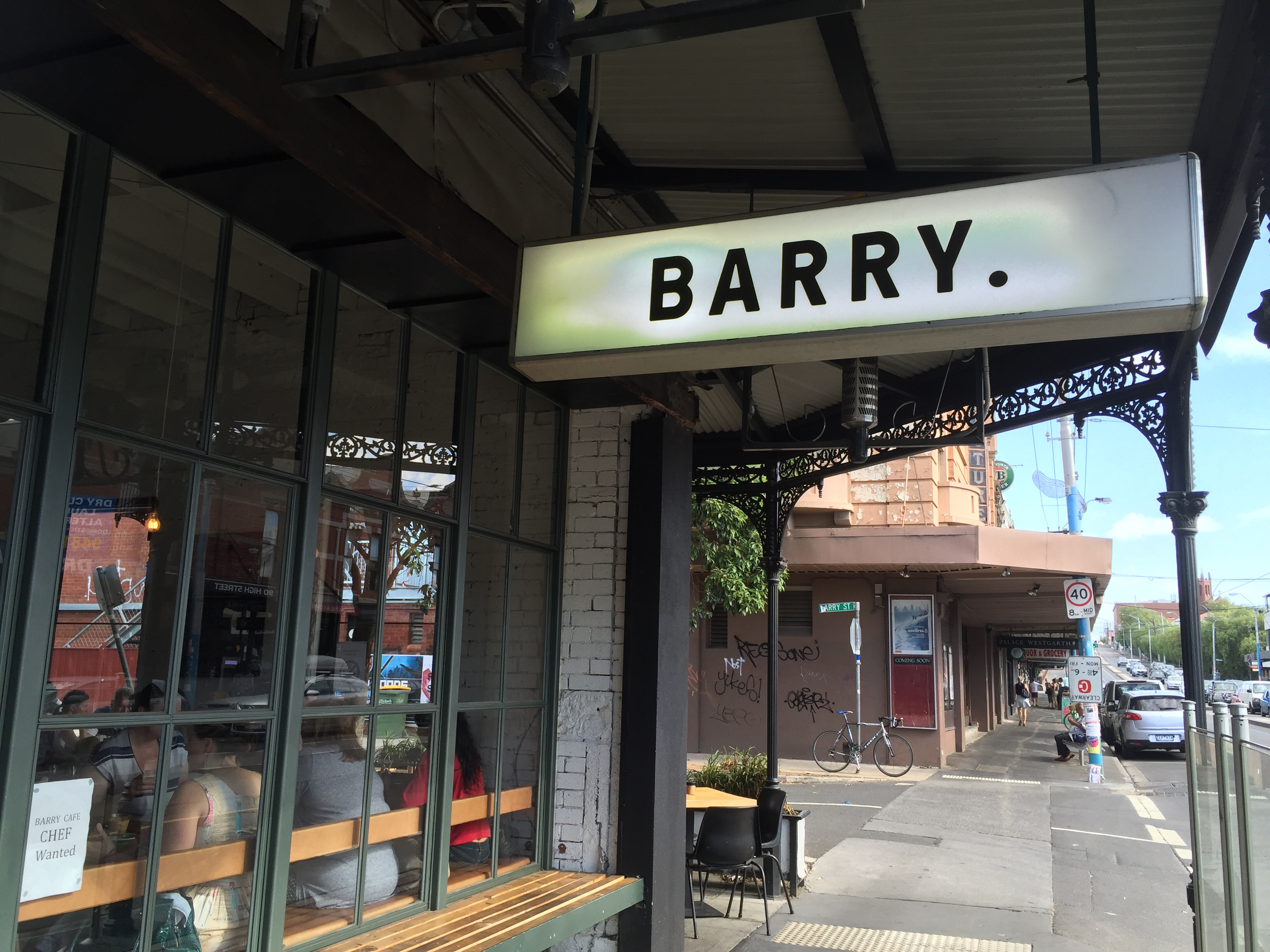 Barry Cafe in Melbourne admitted to paying staff with free food and drinks instead of paying them penalty rates.

“They are called off-sets and they’re unacceptable,” he said.

“It’s very simple – modern awards set out the minimum amount a worker is to be paid, including their penalties and overtime rates and leave and other entitlements, and an employer cannot contravene any aspect of that award.

“If a generous boss wants to feed his or her staff on top of their minimum legal payments, well, that’s fine and a bonus, or an incentive, but it should never be considered part of someone’s salary.”

Mr Heffernan warned employers that no matter how much food and drink they might give to their workers instead of their full salaries, they open themselves up to claims of wage theft at a later date, and they’ll almost certainly lose the claim.

“Modern awards are there for a reason – to protect workers from this kind of exploitation – because that’s what it is – if an employer thinks, oh, I’ll save on penalty rates by providing you with a free burger and a can of coke – they’re acting unlawfully and robbing that worker.”

Recently a number of staff who worked at St Vincent’s Private Hospital Toowoomba lodged claims for wage theft after having their meal breaks offset with other payments that were in contravention of their workplace agreement, leaving them thousands of dollars out of pocket.

Read more about the case by clicking here.

Mr Heffernan said it was usually the hospo industry which is particularly vulnerable to these types of unlawful offset arrangements, but warned employers that unless they want to end up like Barry Cafe, they should make sure they are complying with modern awards.

“Barry Cafe has copped a week of intense media scrutiny, and now the Fair Work Ombudsman is investigating their underpayments, so in the end, the free food and drink for staff hasn’t saved them anything, and instead cost them a lot of trouble, and possibly even some expensive fines in the not too distant future.”

Please click here to read more about the public protest against Barry Cafe at our Industrial Relations Claims website.

If you are facing a claim of underpayment, or having trouble managing difficult staff, our friendly team can help.  Please call Employer Advisors on 1300 853 837 for expert and confidential advice today.

To keep up with the latest industrial news and information and your obligations as an employer, please follow our main Industrial Relations Claims page on Facebook.

The National Retailers Association has blamed wage theft on workers, arguing that it happens because…